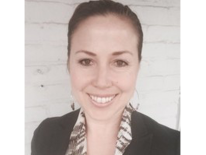 Tania Mortensen was appointed to the position of Chief Operating Officer of DHS in September 2021.  Tania joined DHS in 2017 and previously served as the Deputy Administrator for FSA Operations. In that role, Tania designed and led the operational and administrative functions in FSA, including financial management, procurement planning, contract and grant administration, resource allocation, and strategic planning. While serving in this role, Tania developed policies and procedures to maximize outcomes and ensure the effective delivery of programs and services.  She built strong relationships with providers and helped design and launch new programs in tandem with the ICH and other stakeholders.

During the COVID pandemic, Tania played a leading role in the agency’s pandemic emergency response, including the development of policy and protocols for modified shelter operations, development of new initiatives and strategies for testing and management of test result data, helping to shape mass vaccination efforts, and closely coordinating and adjusting response protocols in tandem with providers, stakeholders, the CDC, and DC Health.

Outside of work, Tania has served as a volunteer mediator and enjoys baking, hiking, yoga, travel, and Cuban and Brazilian dance.